The “Nein” reference in the title was just for the rhyme and not because this guy looks like he might be a member of the Third Reich.

I’m terribly remiss. Having just written a comprehensive list recapping my favorite music of the year, becoming the foremost music review of 2013 in some circles (my own), I had a stark realization that there was one album I’d forgotten. A band called Majical Cloudz put out a record earlier this year called Impersonator, which, for lack of a more original phrase, was in fact majical. This group crafts songs that are extraordinarily basic, musically. But the simplicity is what’s really artful about their songs. Each deep, bass-heavy organ chord smacks you in the gut if you’re not careful. 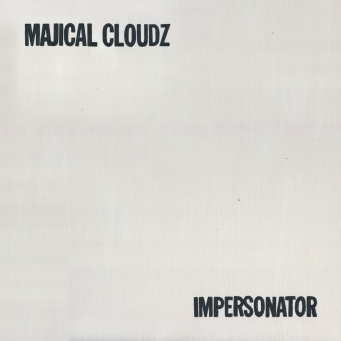 But as elegantly stripped down as their arrangements are, the emotional brunt of Majical Cloudz comes from Devon Welsh’s vocals. Welsh’s voice just has this beautiful dichotomy of someone who seems remarkably steady and approachable but still wrought with some dark, secret past. His voice carries the songs, but yet he deftly resists going too baroque during his singing. Welsh keeps everything grounded and intact without drifting too far into the “cloudz”. I actually was able to see Majical Cloudz perform live this year and it was a rather refreshing. Welsh has such a charming and naturally funny schtick on stage. It’s certainly off beat but it was clear that the band was not self-righteous or self-important in any way, even with the “serious” nature of their music . And the same goes for their lyrical content; The words could very easily have crossed over to the territory of mawkish, ornate or flowery but Majical Cloudz keep everything grounded and intact for the sake of creating an immediate, relatable story. I know “immediacy” is a buzz word that I keep flinging around, but it really does apply in this case. Welsh has much more tact and discretion than someone like, say, Florence and the Machine who has a band as a sloppy excuse to make songs when those songs are so overpowered and strong-armed by her vocals. The vocals in Majical Cloudz still respect the music even if Welsh’s singing is certainly the focus and the strongest point.

Majical Cloudz have made one of the best albums of the year. They’re able to make music that’s fiercely emotional while still sounding effortless, un-pretentious and downright pretty. Hat’s off, gentlemen!